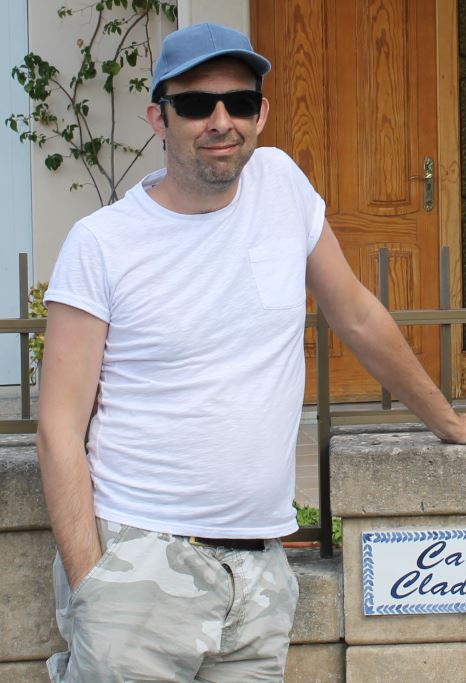 By day I am an IT Director at an innovative software and data publishing company.  By night, however, I am a budding amateur astronomer.  I’ve always had an interest in the night skies ever since my parents purchased a tiny telescope one Christmas when I was a wee lad.  Since then many things have conspired to prevent me from enjoying the hobby beyond the occasional gaze upwards when the skies were clear.

I was born in Bradford, England in 1972.  My early years were much like any boy of the time.  Much time was spent playing and nothing pleased me more than taking apart any old piece of electrical equipment I could find – radios, televisions, telephones and later computers.

I was about 9 years old when I got what was probably my best Christmas present ever – a Tasco 30x telescope on a tripod.  My bedroom was in the attic of the house and I had a tiny dormer window that looked skywards.

My father built me a small shelf under the window to place the tiny telescope on and I would stand on a chair spending many hundreds of hours looking at the moon and the occasional star.  By modern day standards this was a very poor scope and many of those hours were spent in frustration suffering from attrocious focusing, terrible shake and cursing when the moon would move out of my view.  That was the start of my fascination though and the little telescope stayed with me for over a decade.  I later sold it at a car boot sale for 50p and was scopeless for the next 20 years while I got on with going to university, getting married and having children.

During those barren years my observations were limited mainly to brief glances upwards when the weather would allow.  That all changed in 2013 though.

During 2012 my son was given an exciting piece of homework – he had to monitor the phases on the moon and record them on a chart.   I lent him my binoculars for the task and eventually the whole family got involved.  One night we saw a very bright star in the sky and used the binoculars to see what it looked like.  We were astonished to see a bright speck with bulges at the side – we had stumbled upon Saturn!

This re-ignited my passion and I vowed to buy a telescope!  Like any other person in a similar situation I thought right, I’ve got 50 quid to spare I’ll just look up on the internet and find the best telescope I can for the money.  Wow, it was complicated – apparantly there were all these different types of telescopes – and it all depended on what  type of astronomy you wanted to do and look – you can take amazing pictures and connect to your computer and see galaxies and….

The main issue of course was that I soon discovered I would need a bit more than  £50 if I wanted to do any of these strange and exciting things.

At the start of 2013 I gave up smoking (actually I went electronic!) and the result was that I had a few bob that I was no longer spending on cigarettes.  I decided to treat myself as a reward and bought a 6″ Newtonian Reflector.

I was hooked again and six months later I had three telescopes a pier in the garden and plans to build an observatory!

I’m still learning loads but having a great time doing it!