First attempt at doing anything with the Moon. 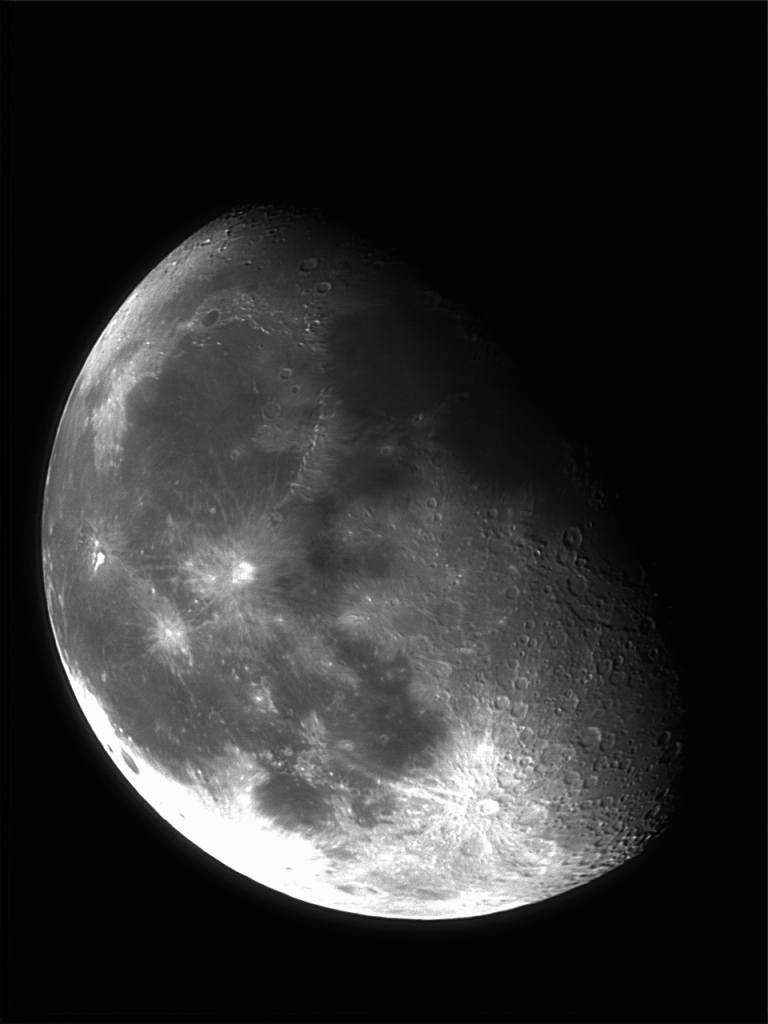 I’ve been struggling to polar align the scope now that it is on its pier.  I’m using the excellent AlignMaster software developed by Matthias Garzarolli.  This was recommended to me by the wonderful folks over at the Astronomy Shed forum.  I call it excellent, but that’s only after several weeks spent cursing it.  Like a lot of software in the astronomy arena it comes with scant documentation – and hence I had failed to understand that for it to work you had to twiddle the sync settings mode in EQMOD (my disatisfaction with that tool is too long to note here!).  I was confused why the stars were moving in both declination and right ascension when it came to the alignment step – until I discovered that if you haven’t put EQMOD in to Dialog mode sync it would cause issues. 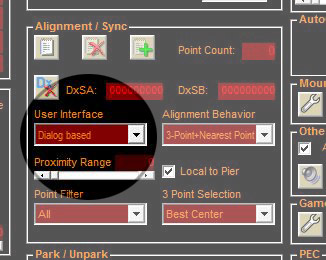 Make sure this is set to Dialog Based when using AlignMaster

Most of the issues were resolved by this discovery, and I am now singing the praises of AlignMaster, however, I am still struggling to do fine tuning but this is all down to my ‘cheap’ homemade Altitude adjustment bolts for the NEQ6.  I was sick of fiddling so finally bit the bullet and invested in some of the ‘expensive’ replacements on ebay.  Hopefully, when they arrive they will make alignment a breeze!

I also managed to pick up a cheap illuminated eyepiece with reticule, but it may be crap once I receive it – it was very cheap!

Welcome to my little astronomy home on the internet.  This is intended to be a place for me to post my adventures, images, musings and anything else I stumble across in my attempt to map the dark sky.

All a bit bare at the moment but hopefully that will change over the coming months.

I anticipate the new observatory build will probably form the bulk of my postings for the foreseeable future.